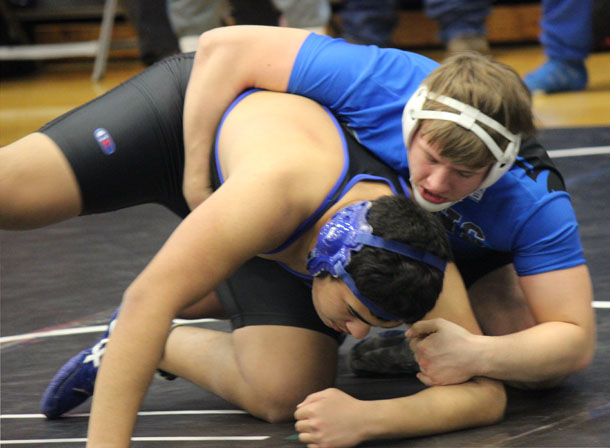 It’s been a season of ups and downs for the state runner-ups, however as many predicted the Titans were able to secure a spot in the 2018 state tournament last weekend. Despite the effort, WWT unfortunately fell short of their dreams for a state title, being knocked out in the semi-finals by a tough Gaylord team.

“We tried,” Senior Ryan Daniel said, he continued: “I’m proud of this team for making it as far as we did.”

Although this years state tournament didn’t work out the way they had hoped, it was a great accomplishment considering that the Titans were without several key wrestlers that they had last year, due to seniors graduating and others deciding not to wrestle this year.

The future does look bright for WWT’s wrestling program, as freshman Joey Haynes ‘21, Dru Wilson ‘21, and David Stepanian, Joel Radvansky, Keff O’conell ‘19 and others will be returning next season.

Joel Radvansky, a junior at Tower, wrestled for an individual state championship as well in the 215 lb. weight class, but fell short and lost 2-1 in a triple overtime to the number one ranked wrestler in the state, Joel finished 2nd and received the honors of State Runner-up.