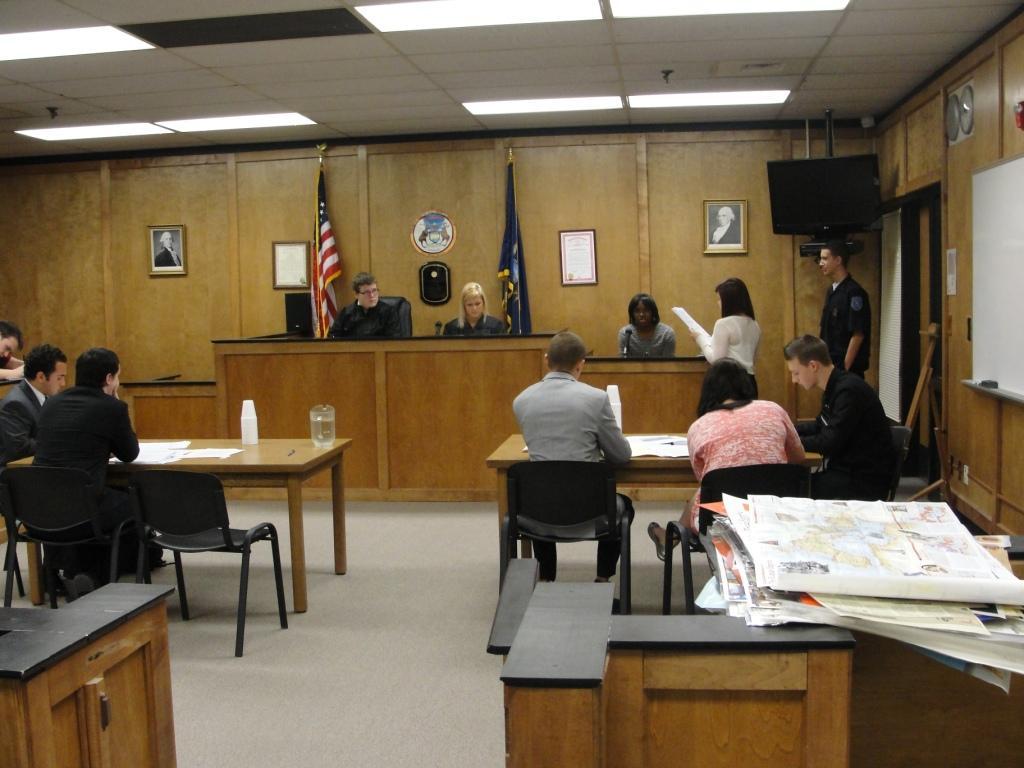 For about eight years now Mr. Vukich and his Law and Order class have been putting on their own mock trial. There has been one yearly ever since the WWT court room was built back in 2003. This year’s class will be mocking up a case where three students were involved in a rollover accident resulting in the loss of one of the student’s lives.

“They spend about a week working with the mock trial, and about five days throughout the semester,” Mr. Vukich stated. The mock trial takes so much preparation to find out all of the information needed. This information is presented to the judges and the jury and will ultimately be the deciding factor in the case and what happens to the driver of the car.

The Law and Order class has to devote at least two weeks to make this as realistic as possible.   With teams of three lawyers for each side (known as the prosecution and the defense), time is needed to get all of their questions in order and think of how they want to go with this case.

In past years, this has been taken very seriously, as it should. There are two judges assigned to each case, “in case one is absent one day,  it’s nice to have one as a safety net, [and] so they can help each other,” Mr. Vukich claimed. 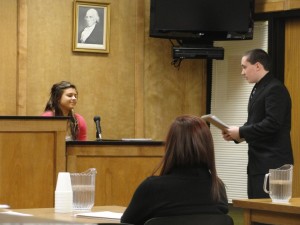 Lawyer, Ray Dodd '12, questions a suspect during the trial.

Everyone in the class has an important role in the case. If you’re not a lawyer, judge, bailiff, or artist, you are in the jury. However, being in the jury isn’t as easy as it sounds. They must take in all of the information that is being presented to them and be able to tell what is fact, from what is fiction.

The remaining students in the jury do have a follow up assignment after the case is done. “They have to do a paper on how they came to their conclusion of the case,” Mr. Vukich said.

The trial went smoothly with very little input from Mr. Vukich himself. Both the prosecution and the defense had very strong arguments; the jury had a hard decision to make. “I thought this was one of the best trials we’ve ever done. I was not surprised with the outcome,” Mr. Vukich stated.

The jury found the court in favor of the prosecution, who were trying to charge the defendant with negligent homicide.