Titans end their season with pride 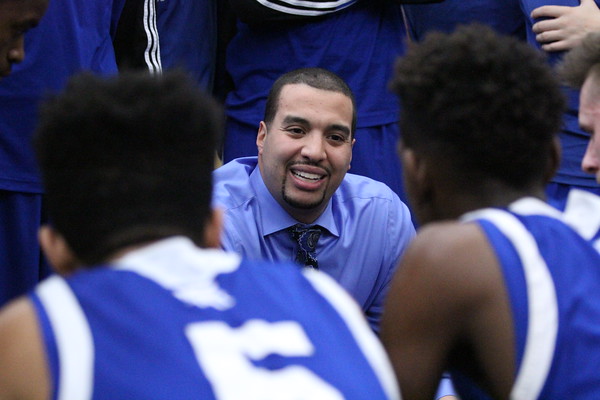 As much as we all love basketball season, all good things must come to an end. This end, an emotional roller coaster filled with blood, sweat, tears and a whole lot of hard work.

“We put a lot of hard work in during the off season. During a season with all the awards, it was nice to see all the work finally pay off,” Jalen Harrison ’17 said

Finishing the season with an 18-6 record, the titans are proud of what they have accomplished, and have set the bar pretty high for next year’s team.

As the seniors played their last game, it is emotional for them to think that they may not play on a team like this year again. The team chemistry and the overall goal was the same, making it easier to achieve.

“I treat all the guys on the team like my little brothers, and I love all of them. I truly believe that even though we went out on a loss, we didn’t go out losers,” Charles Barnes ’16 commented.

To end a season the way the boys have this year, is difficult to do. It takes hours after school running sprints, and running drills, it takes dedication to go to practice after school even if you are having a bad day; it takes hard work at practice so you can excel at everything, and it takes heart. You have to want it. It will never be given, and the Titans are willing to put in the work.

Being apart of a team is something you never forget. You never forget the laughs and the good times. You never forget the bad times and the tears; it’s a bittersweet feeling. A team gets 20 games to prove that they are the best team in the division, but the fight is never easy. Each team has to give it their all to make it. Not only are the teams playing towards a district championship, but also players are working to better themselves and become the player they want to be. Some are working to play ball in college and some play to keep them busy during the year.

No matter what they plan to do in the future, they all have a similar goal that they are working towards and when they succeed, all that hard work will finally be paid off.