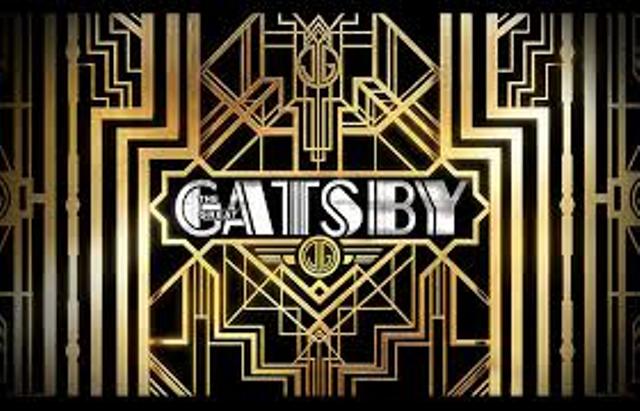 Perhaps what shocks me most about my thoughts on Baz Luhrmann’s adaptation of the F.Scott Fitzgerald classic is not that I don’t like it (spoiler alert: I don’t like it), but the exact reason that I don’t like it. Luhrmann’s work is infamously style over substance, and I had believed the main detriment to this film would be that every scene would be so “ham fisted and over the top” that it would be near impossible to take seriously. But somehow, that was not the case. The biggest detriment to The Great Gatsby is the fact that throughout the film I found myself so bored with the moments that the audience was supposed to take seriously that the “ham fisted and over the top” moments seemed like heavenly relief.

The Great Gatsby is the story of Nick Carraway, played by Toby MacGuire, as he remembers his time in New York city,  and his rememberance of the eccentric millionaire Jay Gatsby, played by Leonardo DiCaprio. Most of the film follows Gatsby’s attempts to win back his lost love, Daisy, played by Carey Mulligan.  The film follows the story originally put in the novel fairly well, but takes a rather drastic deviation in the presentation of the story, Nick’s memories of the event being reminisced in a psychiatric ward, and taking many cuts to the ward in order to make the film seem like it is still telling Nick’s story. This makes the structure of Gatsby far too awkward, and distracts the viewer from the far more interesting and important story of Gatsby.

However, the biggest detriment to the story comes from the characters involved. Why does a story that works so well in the novel fall flat on its face in this film? Well, what happens is that Luhrmann never takes time to get the viewer engaged in these characters who we are trying to experience the story through. Very little personality is sent by from Gatsby and Nick and most of the other lead characters, and those that get a definite personality are rather minor in comparison to the leads. Without reason to care about the characters, the almost entirely dialogue based plot is near impossible to be interested by, and the story fails to engage the audience on nearly any scale.

Actors seem to be giving fathoms of effort throughout the picture, but with such weak material being handed to them by the director, none of them are truly able to shine. Though Leonardo DiCaprio is entertaining as Gatsby, all that entertainment comes from  a very campy and silly point of view, as watching DiCaprio speak with the accent of a 1920’s New Yorker is funny on levels that I doubt anyone involved with the film ever began to conceive. Toby MacGuire suffers the most from the lack of characterization: Nick is already a rather bland character in Fitzgerald’s novel, but here he feels next to worthless, and his interceding Psyche Ward do nothing but paint him as an extremely pathetic and unlikeable wuss. None of the supporting actors do anything particularly memorable, but I cannot put them at fault for that, as the director gave them nothing particularly memorable to do.

In terms of simple aesthetics, this film becomes a mixed bag. Visually, the movie is lavish and breathtaking. The visuals come with a bit of tounge in cheek over the top tone that gives them a strong personality (one that its characters seem to lack) and make the movie seem daring and adventurous without actually being either of those. This especially shines in the party scenes, where so many things are occurring at once that it’s rather hard not to get swept up in them. However, that leads us to one of the weaker aspects of the film, that being the music. Why does it seem like who finds it properly jarring that rap music is playing in the background of a movie that’s story takes place in the 1920’s? I’m sorry, but it seems to be rather odd that in the attempts to capture the spirit of a party in the roaring 20’s, we get what may be one of the biggest and most insulting sell outs of a classic book since Mike Myers was thrown in a Dr. Suess movie. Yes, I get it, it’s trying to set the party tone, but are you seriously trying to tell me that a good jazz soundtrack can’t do that? It seems right that a movie that takes place in the 1920’s should be playing what music was popular in the 1920s, not music from a genre that didn’t even exist for 60 years after the original publication of the story this film is based off of. It comes off as silly and extremely out of place.

I’d be lying if I said that I didn’t enjoy watching The Great Gatsby. It’s was just far too silly not to find somewhat enjoyable. However, the over the top moments appeal are matched the utter dullness of the dramatic scenes, so I cannot say that the entire film is a riot of humor, only set fractions. I suppose those with the ability to turn their brain off at the movies will be able to thoroughly enjoy, but otherwise,  I cannot recommend The Great Gatsby. It is film that will likely be forgotten quickly, and will not break any records or win any rewards. In other words: Meh.

+Over the top moments are enjoyable, visually intoxicating