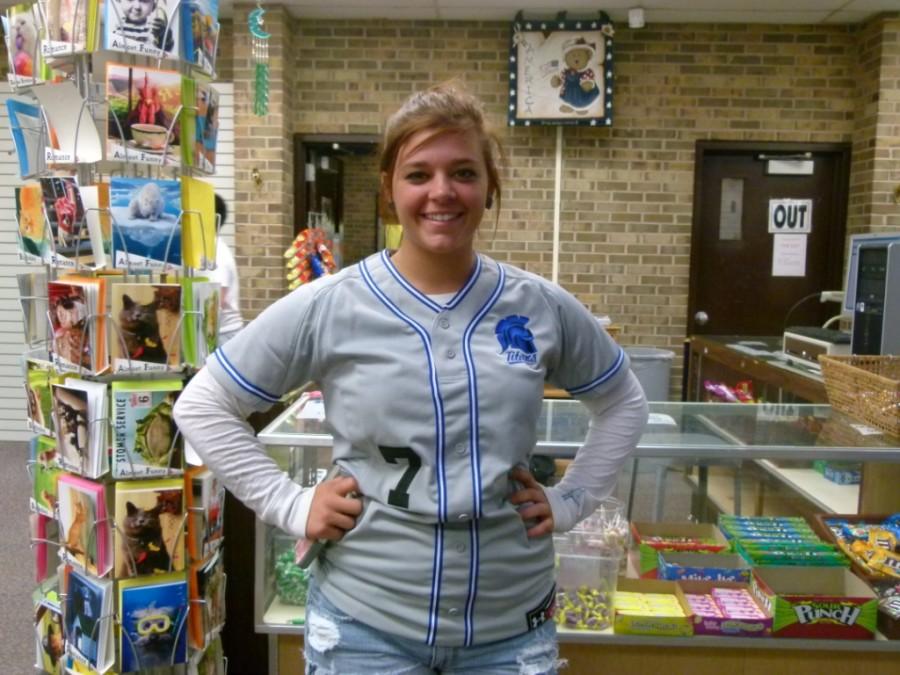 Playing a sport in college is considered a big achievement and great honor for most people. It means the hard work, perseverance, and hours of intensity they put into their sport along with their academic achievement has paid off.

This year, several seniors have achieved these goals, and have the opportunity to play sports in college, one of them being Tori MacDermaid ’12, who plans to play college softball.

Tori has been playing softball practically her whole life. “I’ve been playing since I was 5 years old,” Tori said. Throughout the years, she has played on 2 travel teams and about 5 different summer teams, as well as for Tower.

Now, after four years of high school softball, Tori is moving up from a Titan 3rd baseman to a Bulldog at Adrian College located in Adrian, Michigan. “I chose to play at Adrian because I heard good things about the team.” Tori stated.

Advancing from high school sports to college sports is a big transition for most. It involves juggling both school and athletics, like in high school, but it also involves a lot more time dedication as well as more teams, but it still has the same feel of competitiveness. Also in college, there are bigger crowds which may give some people the butterflies, but not Tori, “I’m just nervous about not playing on the team.” Tori remarked.

Over the last four years, Tori has accomplished several things in softball. “My biggest accomplishment was getting my first over the fence homerun my senior year.” She said. Along with this, the girls are known for demolishing other teams, usually winning games without a single run from the other team.

Her high school softball career is almost over and she has mixed emotions about leaving. “I’m excited about meeting new people,” Tori said, “but I’m going to miss playing with my team and making coach mad at practice with Shelby Weeks.”

Softball has taught her some valuable life lessons. Through all the games, practices, wins and losses, mental and physical dedication, Tori feels that the sport has taught her what it’s like to be truly dedicated.“It taught me how to commit to something.” She said.

Although this is Tori’s last year as a Titan, we hope she continues to be successful in both softball and anything else she wants to do. Make sure you attend the Girls Varsity softball games to see Tori and the rest of the Lady Titans play.