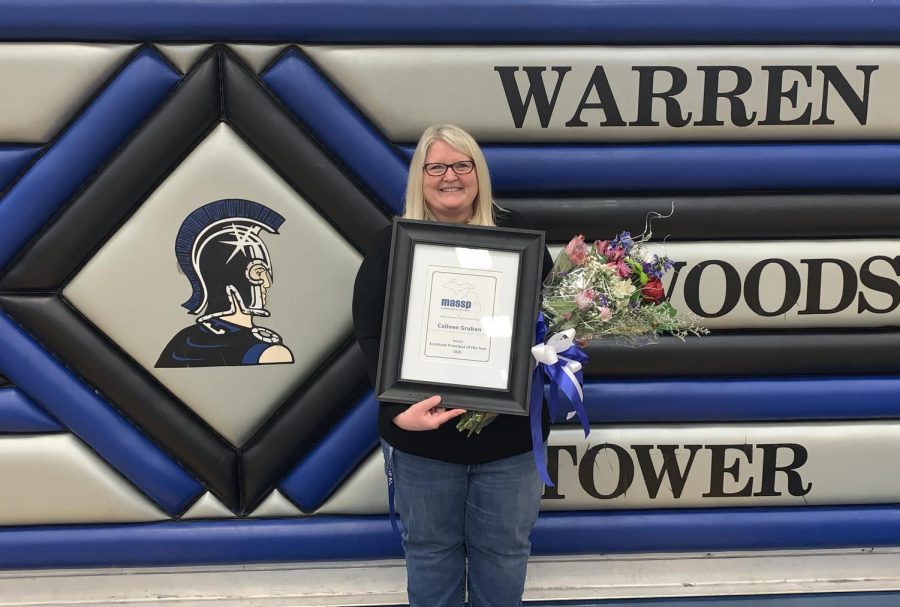 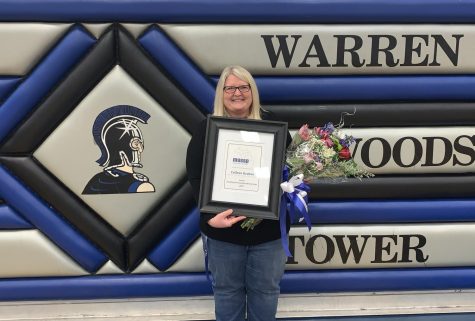 On December 4th, Mrs. Gruben was named the 2019-20 MASSP assistant principal of the year for the state of Michigan. Warren Woods Tower is so lucky to have a wonderful principal like Mrs. Gruben. In honor of her receiving the award, the Titan Nation Committee asked her questions to learn more about this award and her achievements. We wanted to know what her reaction was when she found out she won this award Mrs. Gruben said “ When Mr. Mackenzie was addressing the entire staff, he made it seem like he had applied for a new job and was leaving WWT. My head was racing a million miles an hour as I tried to process that he was talking about me and the MASSP award. When I turned around and saw my husband and son, I was completely shocked, overwhelmed and speechless. It has taken some time for it to fully register, but I now feel honored and humbled to be recognized for impacting the lives of our students, parents and staff.”

Towers Staff, Student body and parents wouldn’t be a successful school without all of the behind the scenes hard work that Mrs.Gruben puts into WWT. Mrs. Gruben said the most rewarding aspect of being a principal at WWT is that” I am proud to be part of a team committed to doing what is best for kids, but I find the connections I am able to make with. I would not trade the many positive and long-lasting relationships I have formed over the years with students, parents and staff for anything. When walking to class and students see Mrs. Gruben in the common’s, and are so happy to see Mrs. Gruben. The bonds she shares with them are incredible to see. Once again, WWT is so thankful and appreciative for all of the hard work and effort she puts into her job!